Giving into that Damned Cover Art

For the past week or so, my reading material has been... influenced by what looks bright and shiny.  I am now over this urge, but here is my report from the field of judging books by their covers.

But then I flipped through the first couple of pages of this manga and was charmed by the supposed premise of a girl wanting to fall in love and be involved in a love triangle with two boys (weirddd) but ends up the object of focus of two other girls who want to use her as their weapon (don't ask, just accept).   It seemed to be saying that friendship is more important than grade-school, treehouse love, but then we get into the second volume and we get to a five-car train pile-up of generic manga bullshit.   We don't see them progress as students, it sort of turns into this high-school drama/comedy like it's Azumanga Diaoh or something, with stuff going on with students that are cooler than the three we're following.  I'm not against the idea of the focus characters NOT being the bad-ass characters, but only when it's done with great effect and some finesse - instead, when in the second volume we leave the real and awesome shit that the non-NOT characters are up to, then I want to quit reading.  I really just don't care about the supposed awesome antics of school girls at school, Japan.

I mean, come on, I lived that shit.  I don't find it all that exciting - that's why I find most teen books to be gawbage, because teen characters are much less interesting than adults and people insist on writing them in little societies that mirror school life.

And then we run into two characters that are crossovers from the original Soul Eater series, and I just about give up. Two street kids who act like diiiiiicks, but we, the reader, are supposed to empathize.  Because they lack basic human manners.

Hey, uh, guys, what's going on with the plot of this whole series?  Anywhere?  When are we going to stop introducing side plots and characters?  Never?  Ah.  Ok...

So, yeah, I tried the first two volumes and the second one stumbled and fell under the weight of all of the added extras that just end up making the whole thing collapse on itself.

And here was one that I did not give a fair shake to, but ended up surprising me.  I mean, I would never end up reading the original books, because based on what I've read, it looks kind of like wet-ass copy from a better science fiction manga or anime with weaker characters, but hey, it's manga. I can read this quick and NaRae Lee apparently did an awesome job transforming whatever it is that she had to work with into something while being pretty skin-deep shojo action fodder into something easily readable and enjoyable in small bursts.

Seriously, though, that Korean manga artist didn't even KNOW English prior to working on this adaptation, which shocks me.  Everything in this to me screamed to be an American manga adaptation, but she did an amazing job in not making it look like it was done by a non-American - well, save for the fact that the art is in that minimalistic but still quite consistently pretty look that most manga imported from Asia looks. ...And as for American manga - uhh guys, are you guys alright? I'm starting ot get worried - I mean, why can't you take the ether rags off of your mouths? Is someone holding all of you hostage? Guys?

As far as lunch break, action-packed reading goes, I've done better but I've also done far worse.  I would rent or borrow this one, at least based on what I've read.  It's sort of like there's kids with wings on the run from this shadow government that's like the Men in Black who cannot do their jobs properly for whatever reason (and I mean, this time it's BLATANT, from almost killing them on several occasions to outright leaving them alone, stating that they don't want to kill them - wat) and there's a lot of actually quite good character back and forth between the teens and the kid, so as long as you don't think about it too much, then you're good to go.

Based on this, I would not waste my time on reading the original book series by James Patterson.  This thing's trains of logic are constantly and consistently looking frayed, with pieces of string peeling loose on its own from the overall thing and you just being unable to stop picking at it and pulling it loose.  I cannot even imagine reading this in novel form - by the half of the first, I would have to quit reading due to the vast amount of stupid.

The Death of Bunny Munroe

Just watch Filth.  It's the same thing - sex addict's life goes down to his lowest - but the movie's far superior.  Also, I don't have to envision pop singer's vaginas.  It's not like I mind, but I like my pop singer vagina thoughts to be kept in moderation.  I'm already having enough trouble moderating my own perverted thoughts as it is, I don't need much additions when it doesn't serve some good purpose.

Filth stars the guy who's Charles Xavier in Xmen: First Class sexually harassing the woman who played as Moaning Myrtle via telephone.  The movie wins by default.  It's also far funnier and the main character seems to be more of a guy who can do things instead of constantly and consistently jacking off all the time.   Like have sex.  Or sexually harassing Moaning Myrtle.

After a few instances of really impressive art - I mean, waaaayyy more imprressive and detailed than most mangas try for, with a lot going on it the panels - it dried up within twenty minutes of reading, falling into creepy town with half-naked children and assurances that one teen girl wouldn't fall in love with a ten-year old! Ugh, get this creepy shit away from me! 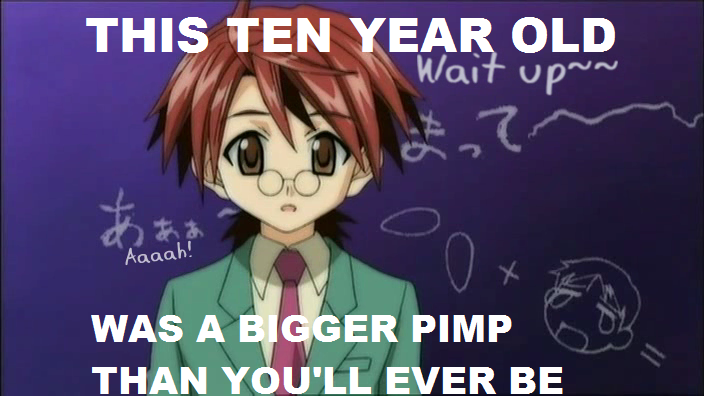